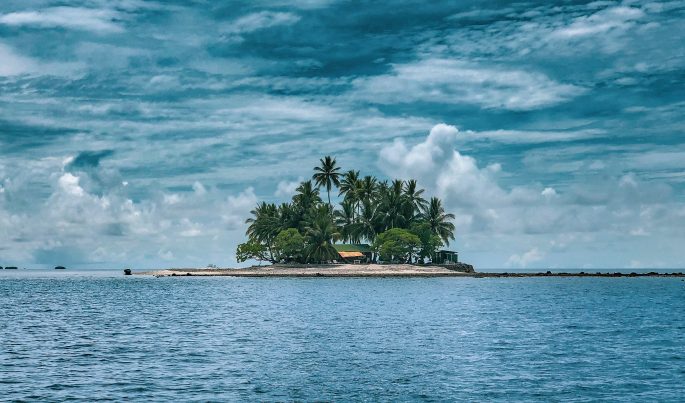 Rising sea levels as a result of global warming threaten the very existence of the Pacific Island countries, and these small nations are making their voices heard at the COP26 Climate Change Summit in Glasgow.

The Pacific Islands Climate Action Network (PICAN) has issued a list of demands to world leaders calling on them to provide “a safe and habitable future for the Pacific Islands”. To ensure the survival of the Pacific people and societies PICAN says decisions at COP26 must ensure a package that:

An intergovernmental Panel on Climate Change (IPCC) report in August 2021 found the world had warmed by 1.1 degrees Celsius on pre-industrial levels. It said that on the current trajectory, the earth was likely to hit 1.5 degrees Celsius warming about 2030.

The Pacific Island countries are making strong demands, but a third of the Pacific Island nations are not sending government representatives to the summit in Glasgow due to COVID-19 travel restrictions, reports Kate Lyons in The Guardian, 21 October 2021, Third of Pacific islands unable to attend COP26, sparking fears summit will be less ambitious. Most Pacific countries have remained COVID free or had low case numbers during the pandemic due to closing their borders to international travel. Travelling from these Pacific countries to the Glasgow summit would require leaders to spend up to a month in quarantine.

Albon Ishoda, ambassador from the Marshall Islands to Fiji and the Pacific Islands, says that the Pacific Island countries are struggling to get a high-level delegation to go to COP26. Usually the head of the country would attend this meeting, but the president cannot be indisposed for such a length of time. Ishoda says that the difficulties for Pacific leaders to get to COP26 should motivate other world leaders to make sure they don’t waste the opportunity afforded by the summit.

For activists and campaigners from the Pacific Island countries it is even more difficult, as they have to pay for quarantine, flights that cost up to double their pre-pandemic prices, high accommodation costs in Scotland, and take time off from their jobs to attend.

According to Lavetanalagi Seru, a Fijian leader from PICAN the delegation of civil society representatives from the Pacific will be very small, well under half the number of people in normal years. Seru says these representatives play a significant role at the summits – communicating outcomes back to people at home, keeping pressure on Pacific Island leaders and other governments, as well as providing support for Pacific Island countries’ small delegations.

PICAN’s final demand to world leaders at the climate summit is for a package that ‘recognises that the climate and ecological crisis CANNOT be solved within the confines of today’s racist, misogynist, elitist, ecologically destructive, colonial, unequal, and unjust systems.’