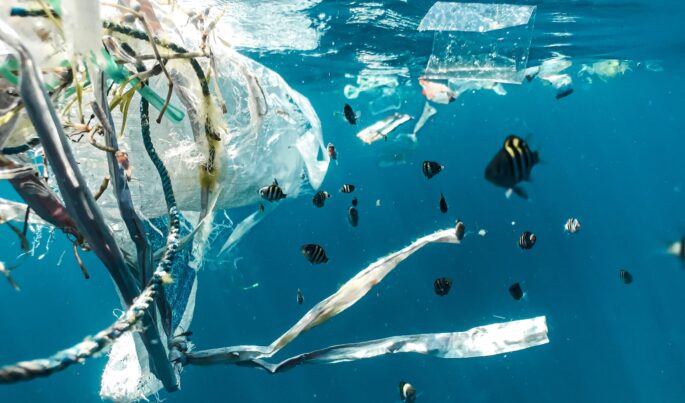 Pacific Islanders depend on the ocean for their food and livelihood. These small island countries are surrounded by oceans. The Pacific Island countries are estimated to contribute less than 1% of world ocean’s plastic pollution, but ocean currents carry huge amounts of plastic debris to their shores. Plastic is a serious threat to ecosystems, and also affecting the food chains, says the Environmental Investigation Agency in its report Islands of Opportunity, April 2020.

A study in the Pacific found plastic debris in 97% of examined fish species and 25% of humans. The plastic pollution is affecting both the tourism industry and the fishing industry. Added to this plastic production is estimated to produce 400 million tonnes of greenhouse gases each year. As with climate change, despite contributing very little to the problem, the Pacific Island countries are facing the brunt of the problem when it comes to marine plastic pollution.

The Pacific Regional Litter Action Plan 2018-2025 is the primary means through which the region is collaborating to address the plastic pollution crisis and sets out the key actions to minimise marine pollution across Pacific Island Countries and Territories. The plan has been coordinated by the Secretariat of the Pacific Regional Environment Programme (SPREP) to build on Cleaner Pacific 2025 and has been developed in consultation with all 21 island members.

With a total population of about 10 million people on about 500 inhabited islands, these nations are responsible for managing over the 30 million square kilometres of ocean which lie within their Exclusive Economic Zones.

One challenge for these countries is that virtually all consumable goods are shipped or flown to 15 of the Pacific Island Countries. These island nations have limited space for landfill and are in most cases too small to facilitate recycling industries.

“It is our responsibility to set policy and actions for the future. Policies, multi-lateral environmental agreements and codes of practice are all required so that we can collectively either REFUSE – to prevent deleterious substances being imported to the Pacific; or ensure REUSE / RECYCLING / REDUCE / RETURN – to promote a circular economy and good waste management practices. Certainly, it is well beyond our Island economies to fund, control and manage the waste generated through imports to our Pacific Island Countries and Territories. Analysis as part of the Pacific Region Infrastructure Facility Urban Sector Working Group suggests in excess of 4.7 to 5 million tonnes of materials are imported to the Pacific Island Countries and Territories per annum, dominated by motor vehicles, oil, paper / cardboard and PET [polyethylene terephthalate – clear lightweight 100% recyclable] containers. Only about 1 million tonnes return to source, being predominantly used motor / cooking oils, PET containers and scrap metal. These figures are at best estimates but indicative of the problem, the Pacific Island Countries and Territories accumulating substantial volumes of waste annually. Recycling and reuse is challenging, with limited suitable land available for transfer stations, waste treatment and disposal and a lack of infrastructure.”

The 21 nations under SPREP are working on ways to prevent litter from cruise ships, fishing boats entering the ocean, to raise awareness within their communities of the importance of reducing the use of plastic and finding sustainable alternatives. Beach clean-ups are being run.

The Pacific Regional Litter Action Plan does not include mechanisms to drive change beyond the region’s capacity. But with the increasing problem of growing plastic pollution from other countries entering in the Pacific Ocean, the report plan emphasises that this is a global issue and that “waste is everyone’s problem and everyone’s responsibility”.

The Trade and Justice Network shares highlights from the special Oxfam Report, Inequality Kills (January 2022), released prior to the World Economic Forum (WEF) in...