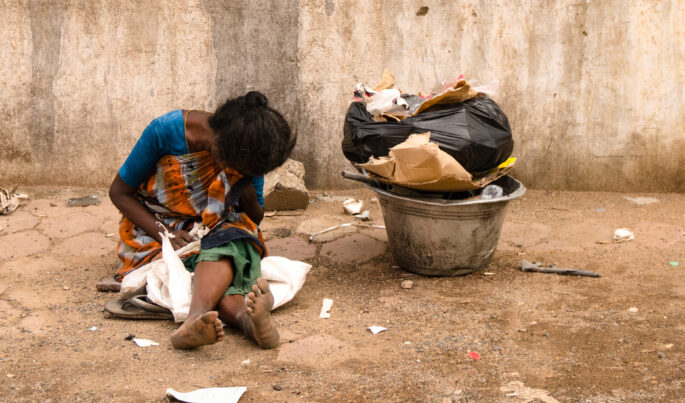 Oxfam’s Annual Report 2022, World Inequality, warns that 240 million more people are likely to fall into extreme poverty and face dire hunger because of the economic trends of the past two years. Meanwhile, in these same years, the wealth of the world’s billionaires increased by 42% more than over the previous 23 years. As a result, the ten richest men in the world own more than 40% of all humanity. The 20 richest people have more wealth than the entire gross national product of all the countries of sub-Sahara Africa. The richest man in the world – Elon Musk – has increased his wealth nearly sevenfold since 2019. His excessive consumption, and the consumption of others like him, also creates excessive carbon emissions.

What is particularly important in this Report is what it reveals about the rising fortunes of some large multinational companies, during this time of global misfortune. The inflation causing so much havoc across the world, especially among already poor populations – is driven much more by profiteering by large companies and financial speculation than by supply shortages.

Research from the Economic Institute indicates that, in the USA alone, corporate profits accounted for 54% of inflation between April-June 2020 and October-December 2021. Labour costs contribute only 8% and other input costs 38%. By contrast, in the previous three decades, labour costs accounted for 62% of inflation, other input price rises 7% and higher profits 11%. This demonstrates that more than half of the recent inflation results from unchecked profiteering by large companies.

The Oxfam Report notes, in particular, that corporations dealing in food, fuel and pharmaceuticals have accumulated massive profits. For example, the billionaire dynasties that control the agribusinesses, which dominate so much of our global food system, are growing in strength. Their collective wealth increased by $82 billion (45%) in the last two years) and created 62 new billionaires. The family, which owns most of Cargill – one of four agribusinesses controlling over 70% of the global market for agricultural commodities has seen its wealth increase by around $20 million every day during the pandemic. The Walton family, which owns around half of Walmart’s share capital, has seen the company’s wealth increase by half a billion dollars each hour, as it continued to suppress wages to its employees and payments to farmers and producers across the world.

The large oil companies (known as Big Oil) are also raking it in; oil prices are projected to increase by about 50% this year, but already, during the pandemic, the profit margins of oil companies have doubled. The five largest energy companies – BP. Shell, TotalEnergies, Exxon and Chevron – made a combined profit of $82 billion in 2021. They paid $51 billion in dividend to shareholders, International Grail publication Vol.11 – 6, November, 2021 2 90% of which went to the richest 10% of USA households.

The obscene profits made by the dominant pharmaceutical companies (Big Pharma), especially from the COVID-19 vaccines, which they refuse to supply to the world’s poorest people, grew even more in the second year of the pandemic. Moderna, which benefited from public subsidies to produce its COVID-19 vaccine, currently has a 70% pre-tax profit margin on this item. No wonder Moderna is fighting to prevent other producers in South Africa from making substitutes, while it is seeking to stash some of its profits in tax havens. Pfizer has sold the most COVID19 vaccines of any company and has proportionately provided it to low-income countries. Both companies are spending heavily on lobbying against any waiver by the World Trade Organisation of traderelated intellectual-property rights, which would reduce their control over the knowledge that gives them this massive market power.

Global technology companies (the Big Five) – Apple, Microsoft, Tesla, Amazon and Alphabet – made $271 billion in profits in 2021, an increase of nearly 40% on 2019. Of course, with such wealth comes immense political power: Amazon and Google together spent $7.5 million on open lobbying of USA politicians in the first three months of 2022, and probably much more indirectly.

This power, achieved by great wealth, influences governments to design regulatory and monetary policies in favour of the rich and large corporations, and is one reason why these inequalities just keep on increasing. It is also probably why obvious solutions are not being implemented, for example

In the face of such corporate power, we need much more concerted citizens’ action, if we are to have any hope of leaving this dystopia behind.

This article appeared in the Global Justice Overcoming Poverty Network Bulletin May 2022.

The Trade and Justice Network shares highlights from the special Oxfam Report, Inequality Kills (January 2022), released prior to the World Economic Forum (WEF) in...