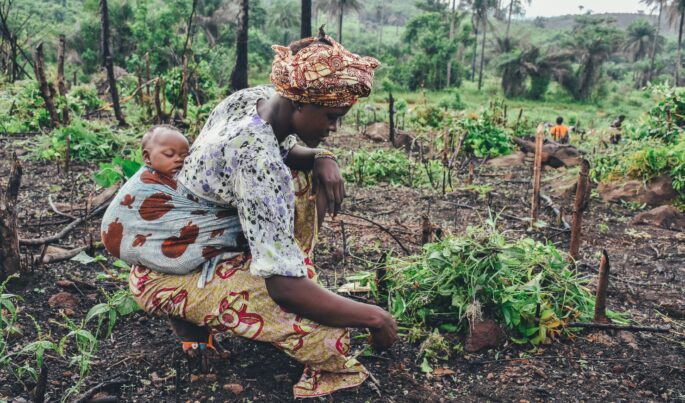 The dangers of too much dependence on imported food are currently being felt through consequences of the Ukraine war. Many countries imported wheat from Ukraine. With rapidly rising world market prices, many foods are becoming unaffordable for poorer populations A successful project in Kenya encourages the population to grow and eat traditional vegetables.

A loss of Traditional Culture

For centuries, despite droughts and floods, the peoples of Africa fed themselves and developed diverse and healthy culinary cultures using indigenous vegetables, herbs, spices and fruits. The European colonial powers brought their European way of life, including their way of eating, to Africa, where they were adopted by the wealthy and educated classes. Traditional food became more and more considered inferior, impoverished and backward To combat the prejudices against traditional food, research institutes, community organisations and government agencies in Kenya developed an interesting project in 1995 to promote local food systems.

Initially, 24 varieties of the 210 vegetables used in Africa were evaluated for their acceptability, marketability and impact on health. Many traditional plants were found to have higher nutritional value than the three most popular vegetables: cabbage, kale (called sukuma wiki) and chard. The leaves of the spider plant provide many International Grail publication Vol.12-4, July 2022 3 times more vitamin A than cabbage. Amaranth contains up to 12 times as much iron and calcium and almost twice as much fibre as cabbage. The leaves of cassava, an important vegetable in Central African countries, are rich in protein and vitamin A. The pulp of the baobab tree can provide up to 10 times as much vitamin C as oranges. Flying termites, and quail are an important source of protein, as are mushrooms, of which there are hundreds of edible species. These and many other crops prevent widespread malnutrition among children and disease.

In the project’s second phase, the seeds of the different varieties were collected, improved and distributed to interested parties. Experts propagated the advantages of the old varieties, advised farmers on cultivation, helped them to market their products and provided cooking recipes. Slowly, negative attitudes began to change. Supermarkets began to sell the traditional vegetables.. Today, traditional leafy vegetables are commonplace in restaurants, street markets and homes. The United Nations Educational, Scientific and Cultural Organisation (UNESCO) became aware of the successful campaign in Kenya. At a 2021 conference, the project was presented and made publicly available on the list of practices for the protection of cultural heritage. The information provides an incentive for other countries to start similar projects.

Producing, processing and enjoying food is more than just an economic activity. It is an expression of a culture and a way of life. The intangible heritage in traditional foods includes knowledge, social practices, skills, beliefs and uses of food in ceremonies. One goal of the project was to contribute to the preservation of cultural heritage.