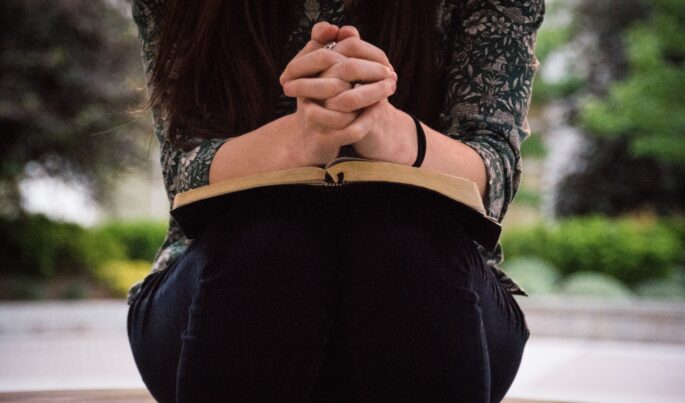 There is a little known story in the book of Numbers, chapter 27.  The five daughters of Zelophehad dared to ask for an inheritance they felt was rightly theirs. The Israelites were soon to enter the Promised Land and the LORD had decreed how the land was to be apportioned.  As Zelophehad had died in the wilderness and had no sons, his daughters, according to the law, would receive no land as inheritance.

Significantly, these women are named: Mahlah, Noah, Hoglah, Milcah and Tirzah.  They knew and understood the law, but they also had a deep sense of justice, and they came forward, from their tents, to speak bravely before Moses, the priest Eleazar, the leaders and all the assembly.  They intelligently and cogently argued their cause.  So Moses took their case to the LORD.  And the LORD responded, “The daughters of Zelophehad are right in what they are saying; you shall indeed let them possess an inheritance among their father’s brothers and pass the inheritance of their father onto them.”

This extraordinary story brings to mind the Plenary Council.  The second session will commence in Sydney in just a few weeks’ time.  The Final Framework for Motions (accessible on the Plenary Council website) has been published, although it is likely there will be some amendments.  Of particular interest to many women are the following proposals:

If these motions have succeeded in making it to the finish line, after years of listening, dialogue and discernment, it is in no small part due to the voices of women, who have stood their ground, bravely, intelligently and cogently arguing for what is no more than their baptismal inheritance.  And for the most part, they have done this from positions of powerlessness in a patriarchal church.

The story of Mahlah, Noah, Hoglah, Milcah and Tirzah does not end in chapter 27 of the book of Numbers.  In chapter 36 patriarchy has the last word.  Let’s hope that the same doesn’t happen in this forthcoming second session of the Plenary Council.

As Lumen Gentium taught us, by our baptism we have already been commissioned to share in Christ’s mission and ministry. We are called to be priest, prophet and king, according to the gifts and charisms given to each one of us by the Spirit.  As theologian Elizabeth Johnson puts it, “The call and gift are there for all, an intrinsic part of Christian identity.”  Women are merely claiming what they know belongs equally to them – their baptismal inheritance.

Patricia has a Masters in Theology, is a member of the Australian Grail National Leadership Team and has been a parishioner of St Leonard’s Naremburn for 34 years.