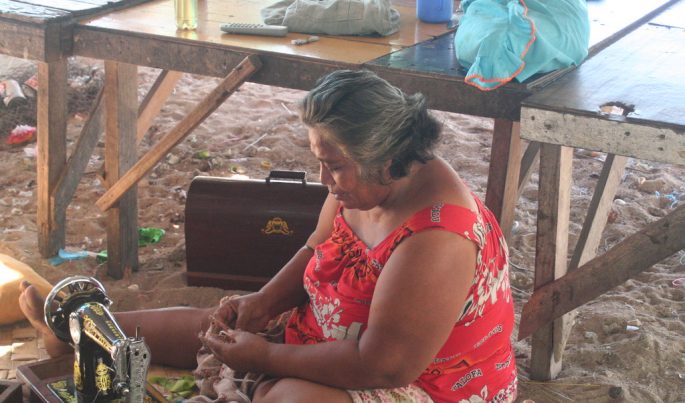 In the last issue of Pacific Outlook, we examined the category of Least Developed Country (LDC) created by the United Nations. Of the 47 countries currently listed as LDCs, four are Pacific Island countries - Vanuatu, Solomon Islands, Kiribati and Tuvalu. Each of these countries is now on their way to graduating from LDC status.

While Kiribati has met the criteria for graduation, it has some unique social, environmental and economic factors that will need consideration. As a low-lying nation spread across 33 coral atolls, Kiribati's economy is particularly vulnerable to setbacks from climate change. If Kiribati graduates, it will also lose access to the International Support Measures (ISMs) that LDCs are entitled to such as market access and trade, development assistance and general support.

According to James Webb, Senior Policy Fellow at the Development Policy Centre, there are two main areas for Kiribati to focus on to ensure its smooth graduation from LDC status.

1. Ensuring the sustainability of fishing resources

Even with other diversification efforts, Kiribati’s fish resources are likely to remain the economic and subsistence base for its people. Conservation of fish stocks should therefore be a primary policy aim to ensure that successive generations of I-Kiribati have access to the same resource. Unlike mining, which necessarily degrades the resource being monetised, a fishery can provide benefits in perpetuity if managed correctly. Reports on the potential impacts of climate change on the Pacific Tuna fishery beyond 2050 predict spawning rates to decline, migration patterns to change, and the pressures on coastal fisheries to increase.

2. Improving the quality of public expenditure

With such a dramatic rise in revenue as Kiribati has recently experienced, there has been overwhelming political pressure to spend the windfall revenues. In 2015 alone, the government’s surplus was a whopping $112 million, which is 49 per cent of their Gross Domestic Product (GDP). These in-year surpluses have largely been spent on capital projects and one-off initiatives, and therefore not allowing for multi-year planning to take place or for projects to be properly assessed by parliament or other stakeholders.

There has also been a history of public projects clashing with and undermining each other due to lack of planning and phasing of projects. Another potential issue is the lack of investment in the Ministry of Infrastructure and Sustainable Energy, which is expected to take on much more complex design and construction work in the future.

Without a robust, well organised, system to make prudent expenditure decisions and ensure the money is used wisely, Kiribati is at risk of whittling away what would be the best opportunity it has had in its history to take control of its development future.

Webb argues that if Kiribati consolidates and better manages existing resources (both financial and natural) and focuses on broad-based public investment, there will be a brighter future for the Kiribati people as they thrive after graduation.

Kiribati: what will it lose when it graduates?, DevPolicy Blog, James Webb, 20 June 2019