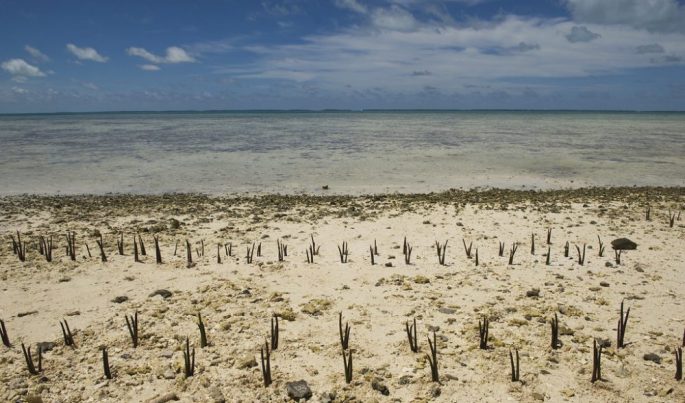 Based largely on the experiences of African countries, the category of Least Developed Country (LDC), was created by the United Nations as a recognition that certain countries face particularly serious obstacles. There are currently 47 countries on the list of LDCs which is reviewed every three years by the Committee for Development (CDP). These are low-income countries confronting severe structural impediments to sustainable development. They are also highly vulnerable to economic and environmental shocks.

So far, only five countries have graduated from this classification - Botswana, Cabo Verde, Maldives, Samoa, and Equatorial Guinea. While Samoa has graduated, four other Pacific island countries - Vanuatu, Solomon Islands, Kiribati and Tuvalu - are still regarded as LDCs. All four of these Pacific Island nations are facing the prospect of graduation from this status.

How do countries graduate from the LDC category?

When the CDP assesses whether a country is ready to graduate from the LDC category, they look at the: Gross National Income (GNI) per capita; Economic Vulnerability Index (EVI); and the Human assets index (HAI).

The CDP reviews the list of LDCs and makes recommendations for inclusion in and graduation from the category every three years.

Once graduation has been agreed by the UN Economic and Social Council (ECOSOC), the three-year transition process begins. A longer graduation period can be considered by the General Assembly on a case-by-case basis. Vanuatu, Samoa, and the Maldives were all granted such extensions based on natural disasters during the graduation period. Currently, Vanuatu is scheduled to graduate in 2020, Kiribati is under review, the Solomon Islands is scheduled to graduate in 2024, and Tuvalu meets the criteria but has not yet been scheduled for graduation.

Most non-LDC developing countries (the great majority) still receive aid, but graduation should mark the point at which an LDC has developed sufficiently to no longer require the maximum concessionary treatment from development partners and use of LDC International Support Measures (ISMs). Given the origins of the LDC category, and a fear of relapsing into the category after graduating (though none of the five who have graduated so far have), it is perhaps unsurprising that “graduating with momentum” has become the rallying cry for UN agencies in supporting potential LDC graduates.

How does this work in the Pacific context?

One consideration for Pacific LDCs (as compared to Asian or African ones) is the marked vulnerability to economic shocks. For the relatively smaller Pacific nations, these shocks can represent huge setbacks to national development. For example, the cost of Cyclone Pam has been estimated at 64 per cent of Vanuatu’s Gross Domestic Product (GDP), with outer-lying islands particularly affected. The 2018 threshold for EVI was 32 or below – a level too low for any of the Pacific Small Island Developing States (SIDS) to reach.

Out of the top five most-vulnerable LDCs in the world, Kiribati is ranked as being the most vulnerable, with an EVI rating of 73.7, well ahead of Pacific graduate Samoa (39.7), and scheduled graduates Solomon Islands (51.9) and Vanuatu (47.0). The Pacific shares few similarities with the larger Asian or African economies. Even within the broad category of SIDS, there is a large variation in economic performance and local institutions.

Kiribati has met the criteria for graduation five times since 2003 (out of a possible six assessments) – three of those being the consecutive reviews of 2012, 2015, and 2018 – and is currently under assessment for an appropriate graduation timeline. As with most SIDs, its GDP has grown significantly in recent years, but the progress is fragile and reversible, with climate change affecting almost every facet of society and the economy.

With over 100,000 people spread across 33 coral atolls, Kiribati faces significant social, economic and environmental challenges. Along with climate change, these challenges include a lack of arable land, a narrow economic base, and the dual problems of sparse outer island communities and heavy overcrowding in the capital. If Kiribati were to graduate, it would lose access to the assistance that LDCs are entitled to.

In the next issue of Pacific Outlook, we will explore the potential impacts of Kiribati’s graduation from LDC status in-depth.

Kiribati: what will it lose when it graduates?, DevPolicy Blog, James Webb, 20 June 2019