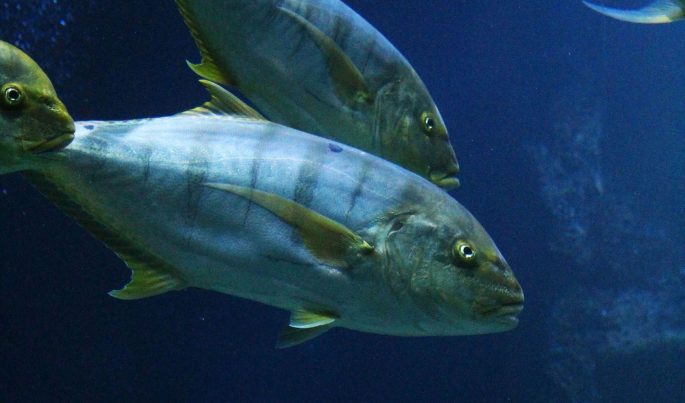 The last issue (25) of the Pacific Outlook Bulletin looked at the success of the Parties to the Nauru Agreement for both sustainable fishing in Pacific Island waters and also increased revenue for island nations. But beyond the Pacific Island countries’ exclusive economic zones, those areas within 200 nautical miles of their coastlines, are the high seas. The high seas are one of the last unprotected areas on the planet. They include some of the most biologically important and most fragile ecosystems in the world. The world’s high seas make up about half of the earth’s surface and are home to 95% of all life. The high seas are used by migratory fish, such as tuna, as breeding grounds. But the high seas remain largely beyond the law and are at increasing risk.

Seventy per cent of the fish caught in these waters are by ships of the world’s richest nations. The high seas in the Pacific are overseen by the multinational Western and Central Pacific Fisheries Commission (WCPFC). WCPFC was established in 2004 and currently has 33 members and participating territories. It seeks to ensure, through effective management, the long-term conservation and sustainable use of highly migratory fish stocks. (ie. tuna, billfish, marlin) in the western and central Pacific Ocean.

In 2019, WCPFC’s total tuna catch was 2,961,059 tonnes, this was 81% of the total Pacific Ocean tuna catch, and 55% of the global tuna catch. The boats were from distant-water fishing nations including China, Japan, South Korea and the US. Having overfished the China seas, Chinese fleets are now taking large quantities of tuna from the world’s most fertile fishing ground. Since 2012 the Chinese Pacific fishing fleet has grown by 500%. According to WCPFC records, China has more than 600 vessels out of a total of 1300 foreign-operated ships licensed to fish in the area.

The WCPFC has rules and regulations for the conservation and management of fish stocks, but a report published by The Pew Charitable Trusts in September 2019 says that in the western and central Pacific Ocean, a 2015 study estimate that over US$142 million worth of illegal, unregulated and unreported (IUU) catch is transshipped each year, most of it misreported or not reported by licensed fishing vessels.

The transshipment of tuna – unloading the fresh fish to large refrigerated carrier vessels, which transport it back to shore, is an important part of the tuna industry. It means a fishing vessel can continue to fish. Often the carrier vessel also supplies new crews and food supplies to the vessel.

Pew found that 1538 transshipments may have occurred on the high seas of the WCPFC area, but vessel operators only reported 956 high sea transhipments. Another 700 may have occurred in EEZs, and possibly another 381 by carrier vessels under 300 gross tons and not observed on AIS. AIS is a satellite system that identifies vessels, and is mandated by the International Maritime Organisation for all vessels 300 gross tons and over conducting international voyages, It was also found some carrier vessels didn’t activate their AIS.

The Pew report concluded that at least five times as many authorised carrier vessels operated in WCPFC waters in 2016 than the 25 that filed transhipment reports. Pew Charitable Trusts believed that the lack of transhipment data-sharing with regional fisheries management organisations (RFMOs) whose waters overlap with the WCPFC’s increases the likelihood that unreported transhipments occur. The report recommends that the WCPFC’s regulatory framework should be strengthened and that WCPFC and RFMOs should work more closely.

Sources: ‘Why the world’s most fertile fishing ground is facing a unique and dire’ threat’ by Michael Field, The Guardian, 14 Jun 2021 / ‘It’s time to control fishing on the high seas to protect the life of the ocean and coastal people who depend on it’ by Andrew Norton, International Institute for Environmental and Development, 8 Jun 2019 / ‘Transshipment in the Western and Central Pacific’ Pew Charitable Trusts report, 12 Sep 2019 / ‘Best Practices for Transshipment’ Pew Charitable Trusts report, 17 Nov 2017.